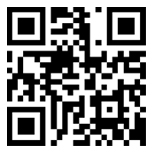 Talking about the significance of building lighting design

Classification:
Industry news
2019/05/13 17:02
Page view
1. Highlight the face and point of the city. In the night city, the buildings in the central area of ​​the city are more concentrated, forming a group of buildings. The density of the buildings is higher, the brightness of the lights is higher, and the landmark buildings of the city are often located in the center. Neon advertisements, light box signs, interior lighting and exterior lighting of the building make the central area form a bright area embedded in the road network, making the central structure of the city clear. The other parts of the city, that is, the single-point lighting, the lighting is relatively uniform, the light density is small, the brightness is low, and the types are few, which becomes the base of the urban lighting environment and plays a supporting role.
2. Clarify the city outline. The outline of the city under the sun is determined by the shape, color and architectural shadow of the edge of the building. The more well-organized the city, the closer it is to the surrounding environment, the harder it is to distinguish the outline of the city; The outline is clearly drawn out, which is obviously different from the surrounding area. When the night looks at the city from a height, the outline is complete and clear, which visually reflects the shape and scale of the city.
3. Highlight the city structure. The identification of urban structures, in addition to the geomorphological features, is mainly the identification of different areas formed by urban roads and building groups. The city in daylight gives back all the information about its components, and the urban structure is hidden in it, making it difficult to distinguish. At night, the secondary and auxiliary parts of the city are merged together to become the bottom part of the black. The construction of the building lighting design emphasizes the main and essence part of the city and becomes a bright &quot;图&lsquo; In part, the urban structure is highlighted and easy to identify, with a sense of orientation, a sense of hierarchy and a sense of three-dimensionality.
Previous article:
Talking about: What are the advantages and disadvantages of LED lighting engineering channels?
1 billion yuan to build Hangzhou City landscape lighting project National lighting industry people gathered in Hangzhou
Next article: